Check out our newest nerdy jewelry and accessories! 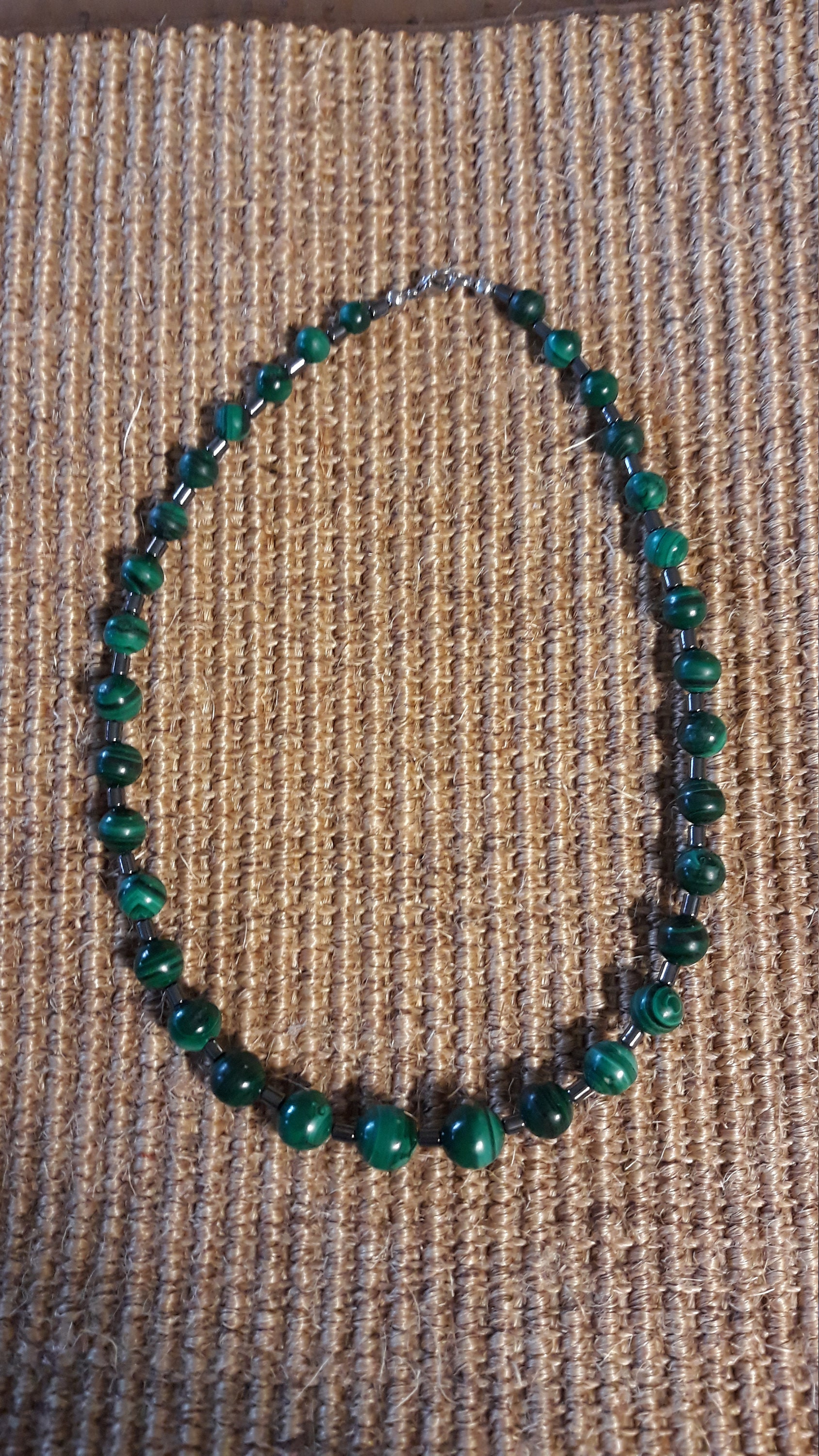 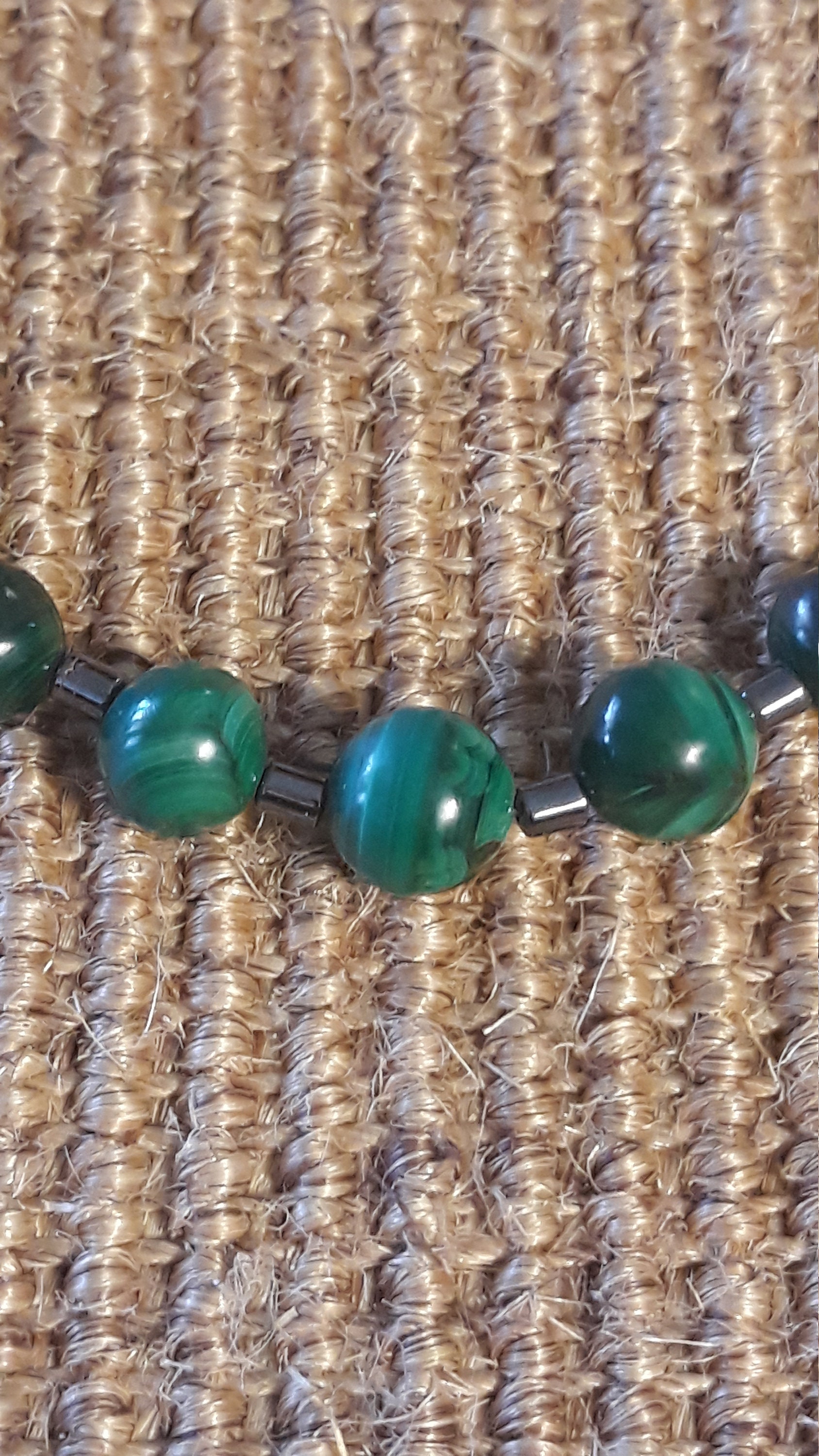 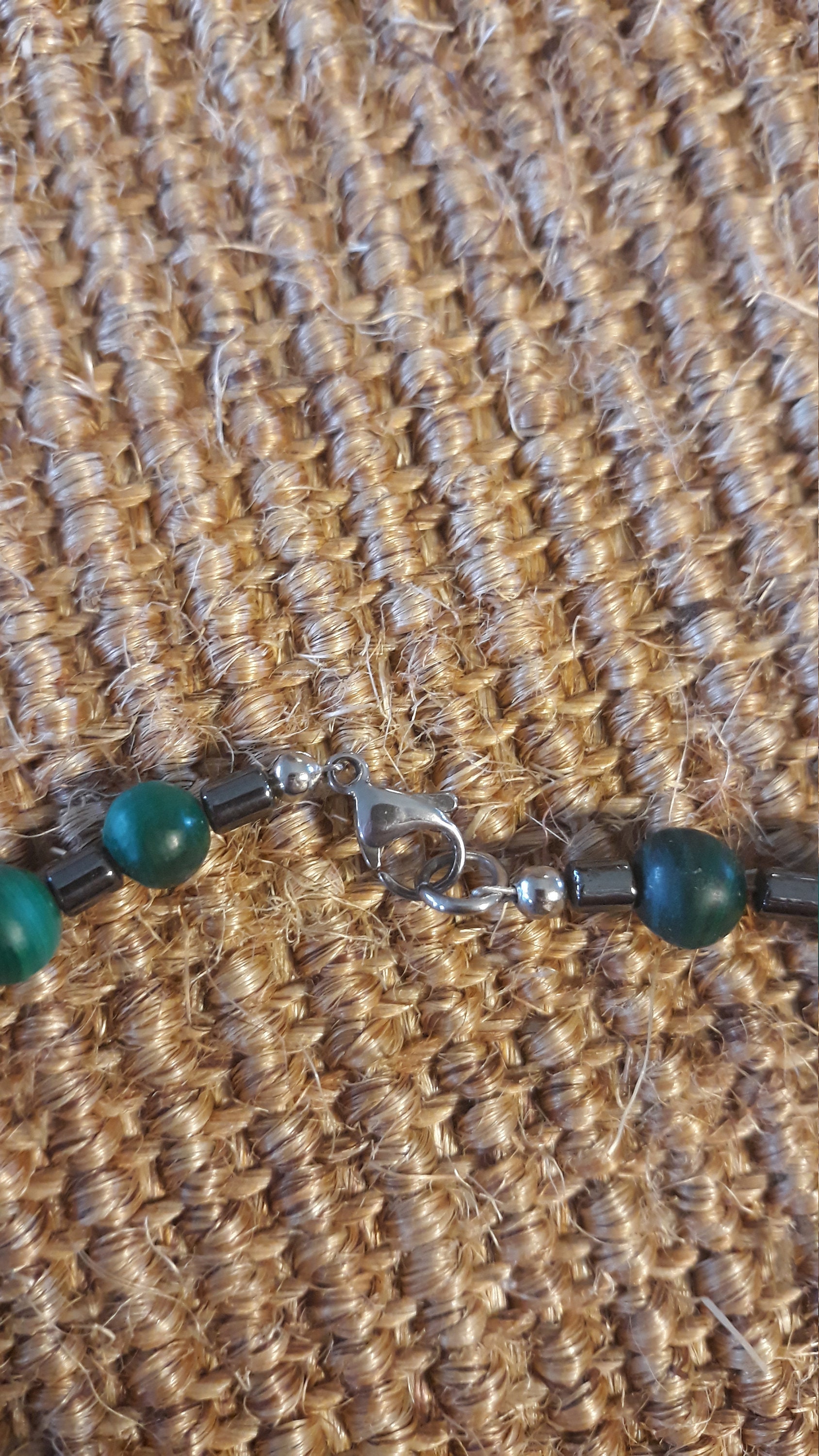 Beautiful African malachite beads alternate with cylindrical hematite beads on this classy necklace. It pairs well with any outfit, from ultra ccasual to formal.

Archeological evidence suggests that malachite was mined and smelted at King Solomon's Mines in the Timna Valley of Israel more than 3,000 years ago.

In ancient China, malachite was a valuable commodity called Shilu, named for its source near Shilu, Guandong Province. The prized stone was thought to be a form of jade which symbolized wealth and rank.

Czar Nicholas I of Russia decorated am entire room in the Winter Palace in malachite. Designed in the late 1830s, the Empress Alexandra Fyodorovna used it as her drawing-room. The room includes columns, pilasters, fire-place trimmings and decorative vases made completely of malachite.

High quality malachite was discovered in 1635 in the foothills of the Ural Mountains. One Russian legend, originating from that region, says that drinking from a goblet made of malachite gives one the ability to understand the language of the animals.

Malachite is worn in Italy to defend against the "evil eye."

African Malachite is said to increase one's concentration and psychic vision. It is also considered a powerful emotional healer and may be used as a protection stone, absorbing undesirable energies and pollutants from the atmosphere and from the body.

I gladly accept returns and exchanges

Ship items back to me within: 30 days of delivery

But please contact me if you have any problems with your order.

The following items can't be returned or exchanged

Because of the nature of these items, unless they arrive damaged or defective, I can't accept returns for:

0 items in your cart